Parvasi Awards through the Years 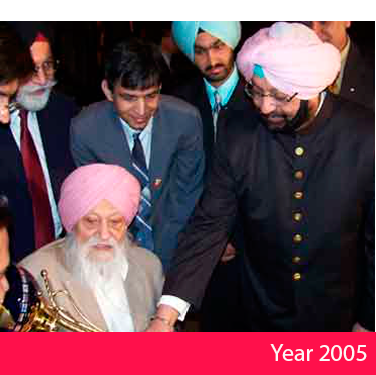 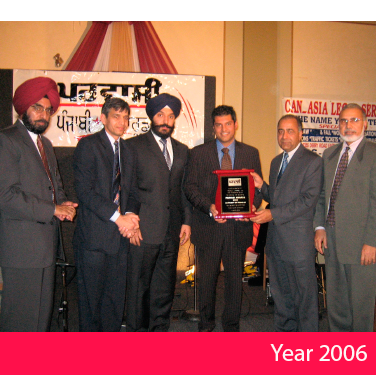 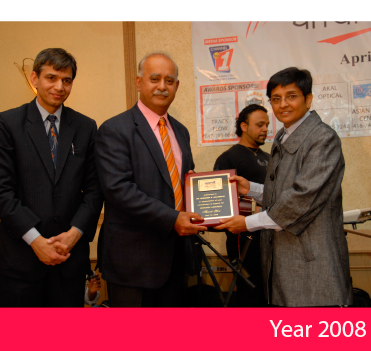 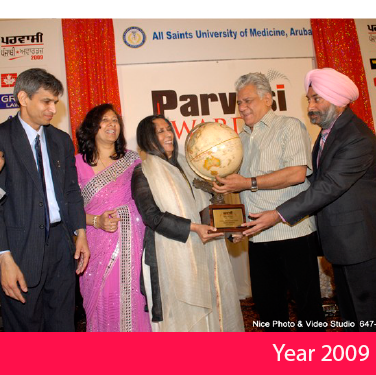 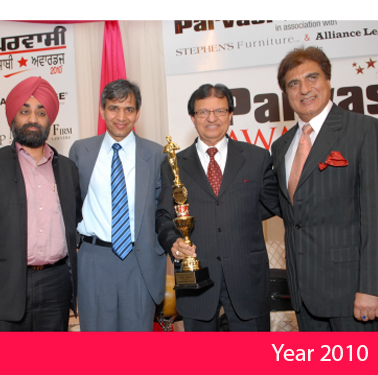 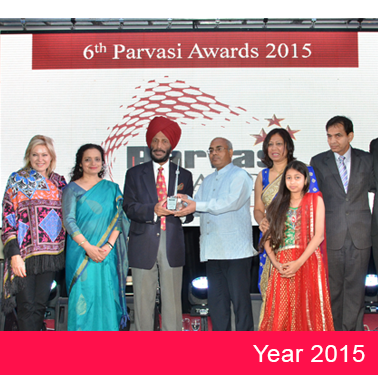 
Parvasi Media Group is a strong 13 years old organization which has been contributing towards the society in various forms. It has been connected to a large audience through its weekly newspaper, radio program and annual directory. Going a step further in year 2005, Parvasi decided to honor people in various fields. Continuing the same trend this year also, Parvasi has decided to have this mega event in August 2015.

A snapshot of Parvasi is as follows:

Parvasi Awards were instituted in 2005 to honor outstanding achievements of Canadian Punjabis in various fields. Eight awards are presented in different categories like Arts, Business, Sports, Social service, Writer, Youth, Journalism and Lifetime achievement. A panel of eminent Punjabi Canadians make selection from the nominations received. A Jury of 7, looks into the nominations & finalizes the awardees.

The winners are given trophies in an impressive function attended by who’s who of the Punjabi community including MPs, MPPs, Ministers and Mayors. The chief guests in the previous years included high prole personalities like Mr Dalton MacGuinty (Ontario Premier), Captain Amrinder Singh (Ex-Chief Minister of Punjab, India) and Kiran Bedi(highly respected India’s first woman police officer and Magsaysay award winner) and Om Puri (an Indian Actor who has appeared in American and British films too, also honored with Filmfare life time Achievement Award)